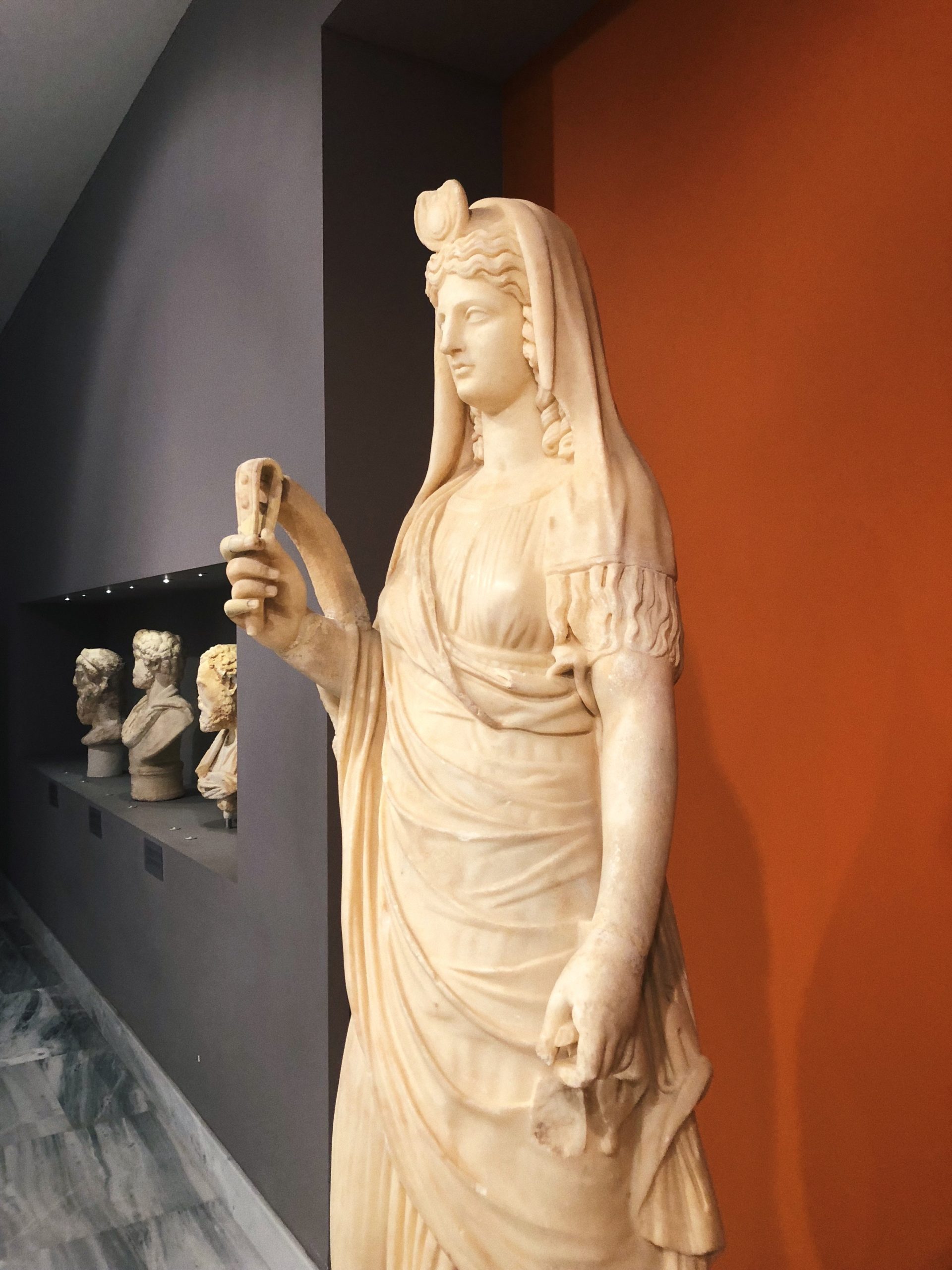 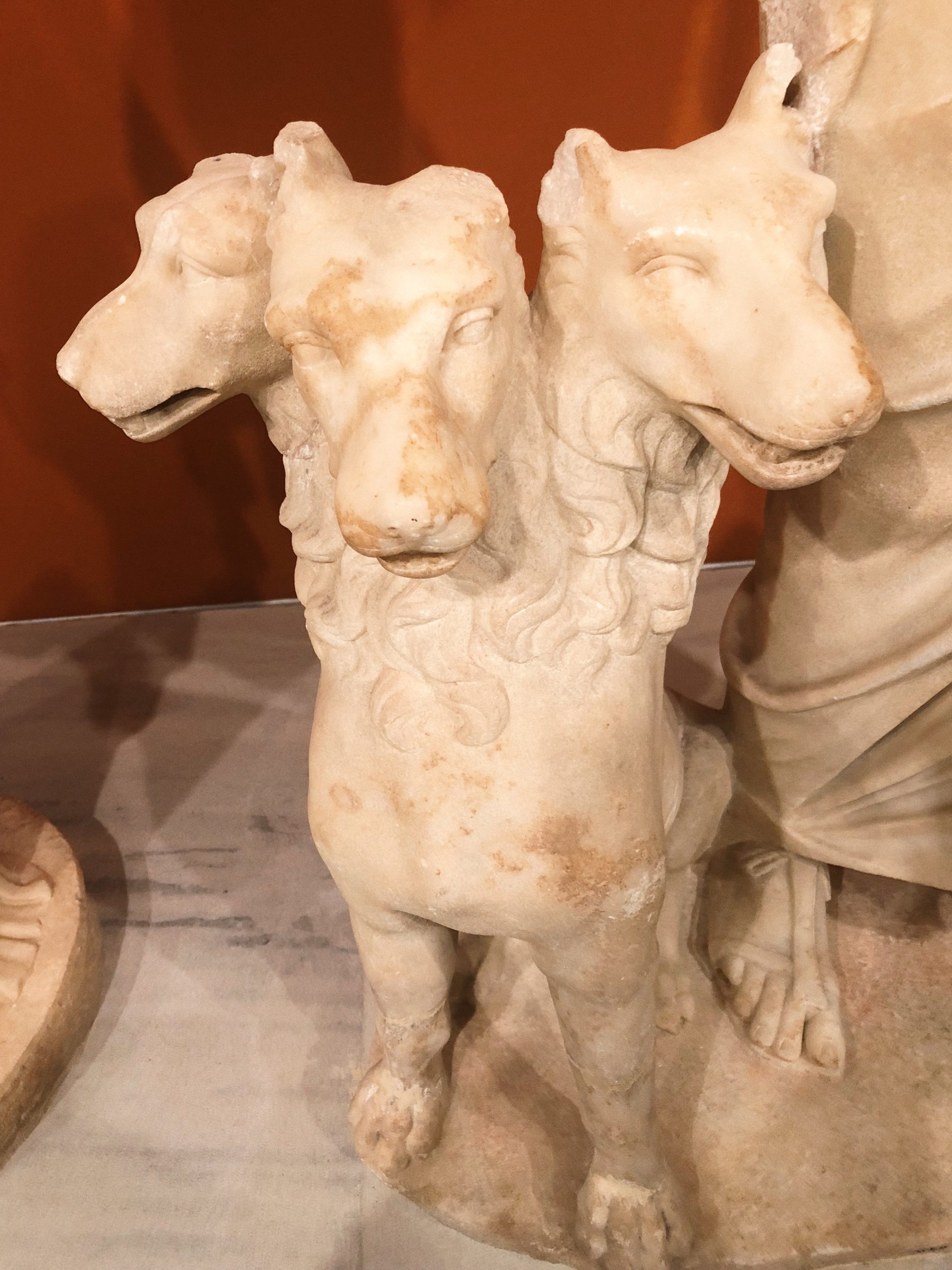 This is a photo of a statue of Persephone-Isis from the mid 2nd century CE that I took at the Archeological Museum in Crete last spring. She’s holding an Egyptian musical instrument called a sistrum and is standing next to Pluto-Sarapis (not pictured). Cerberus (the three-headed dog and guardian of the underworld) stands between them.

It is an example of a syncretism, which refers to the merging, mingling and integration of different belief systems specifically during Hellenistic and Roman times. However, the term more broadly refers to the ways in which religions do this to create new systems of belief.

Before bed tonight Stacy urged me to post something from my heart and I thought of Persephone-Isis. This may seem like a strange thing to post but this image is very very meaningful to me.

You see, I’m a cultural anthropologist and one who spent a great deal of time studying religion and meaning-making. So, I find it really really difficult when I see people fighting in spiritual circles over “authentic” beliefs and policing each other over it. I’ve lost way too much sleep over it because I know what entering the debate can look like—which I’m not by the way. Seriously. That’s not why I’m posting. I’m posting because this has been on my mind for three years and it felt like time to say a small portion of what I think. I could probably write a book about this. Only I’m pretty sure I don’t want to. But you never know because some things just follow you around until you say them…

I don’t believe in authentic belief.

Humans are constantly making meaning and then making some more.

This has been happening since time began and people started meeting each other.

I, for one, think that is pretty interesting. I prefer to approach belief, religion, spirituality and meaning making with curiosity. Hmm, I wonder, how is it that Persephone merged with Isis? Why did they keep the dog? What symbols have meaning? See she’s got a moon, sun and snake on her head. Isn’t that interesting… At least I think it is and it’s really close to my heart!