Skip to content
Returning, Remembering: Finding the Deep Me

Get comfy, make yourself a cup of tea, and I’ll read to you…(I even sing a little at the end). Listen to the audio!

I woke up on my own, walked to the High Street, had a fruit smoothy at the Backpacker’s hostel, and met a friend who said goodbye to me later in the evening by squeezing me tight and calling out as she walked away: “goodbye beautiful woman!” Five days earlier my life changed, and on this day I planted the change in my body so that I would not forget. I had just spent the last two weeks gathering my strength among women who support that kind of strengthening. I arrived beaten down by expectation, and I longed for the deep me. 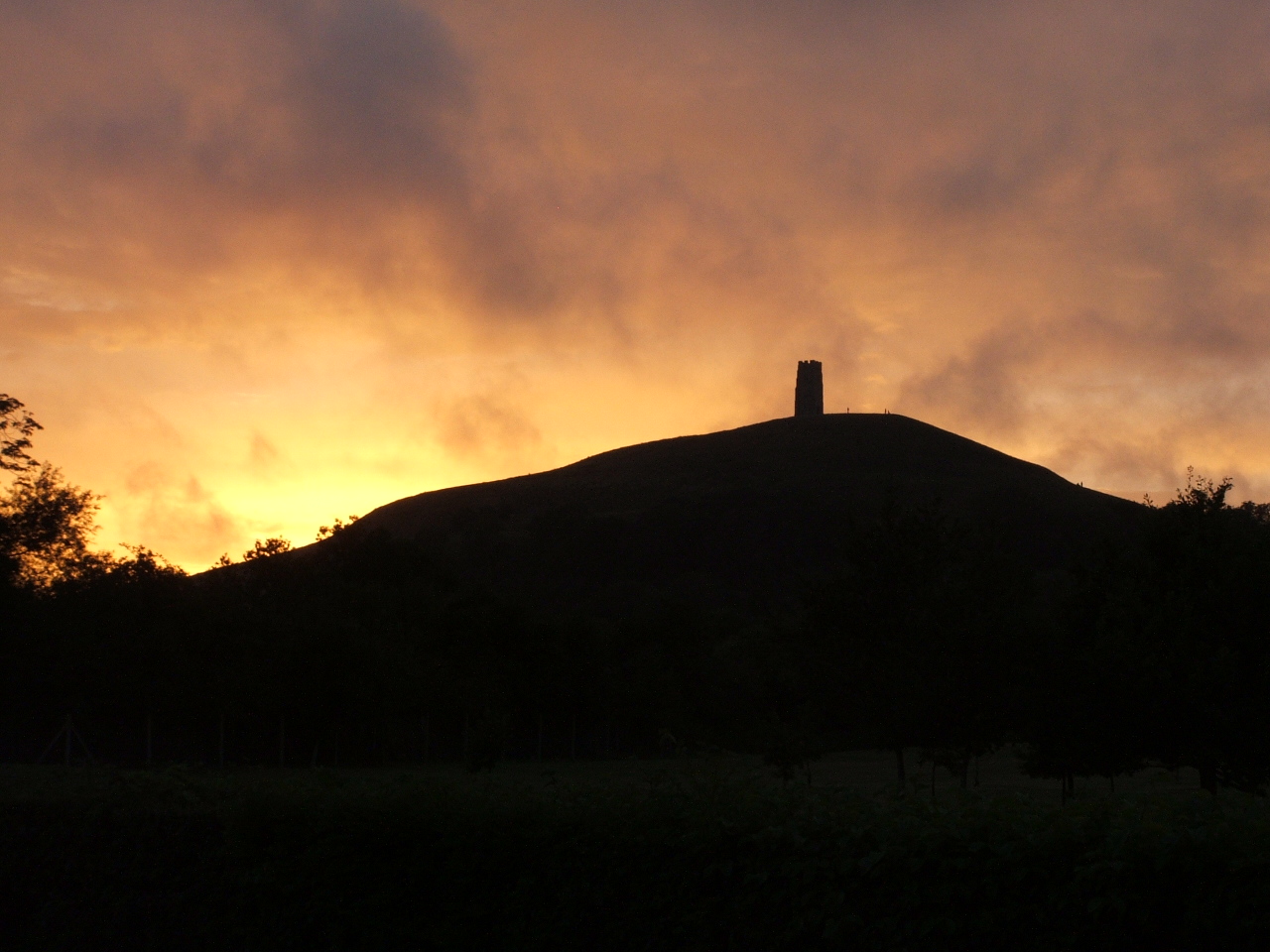 This trip was a gift to myself. I had just finished my Master’s program and was about to start my PhD. This was the time in between, I thought, where I could reflect and heal. I had been to this place three times before (twice for research), but this was the first time I was travelling alone, and this time I was purposefully not being an academic. I chose to stay in one place instead of frantically trying to be a tourist, and frantically trying to see everything. But today, at the end of the trip, the tourist sites acted as a closing, a remembering, and a fastening. 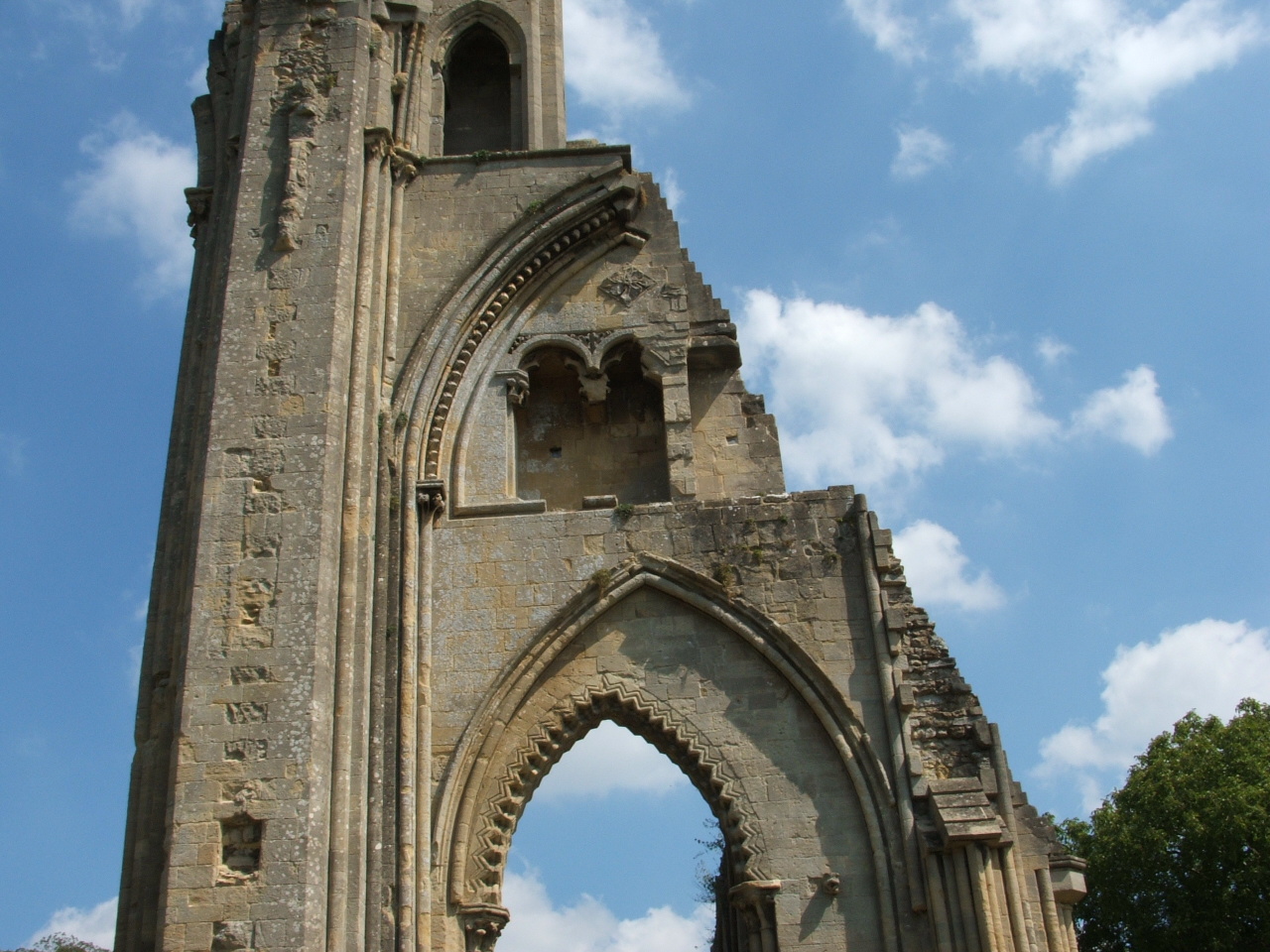 I paid four pounds to enter the ruined twelfth century abbey destroyed in the reign of Henry VIII during the Dissolution. I had wanted to be in this place for as long as I could remember. This is where King Arthur and Guinevere were reportedly buried, and, as a child, it did not cross my mind, nor would it have mattered to me, that the abbey has been in the business of myth making since it was built.

I loved the stories and planned trips in my mind. When my mother went to England when I was a child she told me about Glastonbury, the Abbey, and the Tor (a 500 foot “stepped” hill that overlooks the small market town). For her, visiting this place was akin to a spiritual experience, and I dreamed of having my own, similar, experience.

I think that in some ways my imagination and playfulness saved me as a child. I would spend hours outside getting muddy in the rain, saving the worms from sidewalk-streams and uncaring feet, or watching butterflies and caterpillars while daydreaming in the sun.

When I was just learning to swear, I trampled through the creek in the park by my house in running shoes that I always ruined. I collected: rocks, new combinations of swear words, and crayfish, which I often cooked for lunch in big pots of boiling water while my stepfather looked on disapprovingly.

Later, in adolescence, I would sit by the Ontabee River if I was upset, watch the herons, and write sad poems.

When I became depressed in my twenties, I would sit by the river in Waterloo Park, wish the ducks would let me pet them, and write about ways to find joy.

I thought I would like to go to England. I dreamed of lying down on the ground and becoming one with the earth. No longer a flow of tears. I dreamed that out of the earth that I would be reborn. But as I walked into the abbey this day I was peaceful. I looked up and marvelled at the huge sections of abbey that remained, and thought it is much better that it is ruined. The empty spaces leave more room for the imagination. 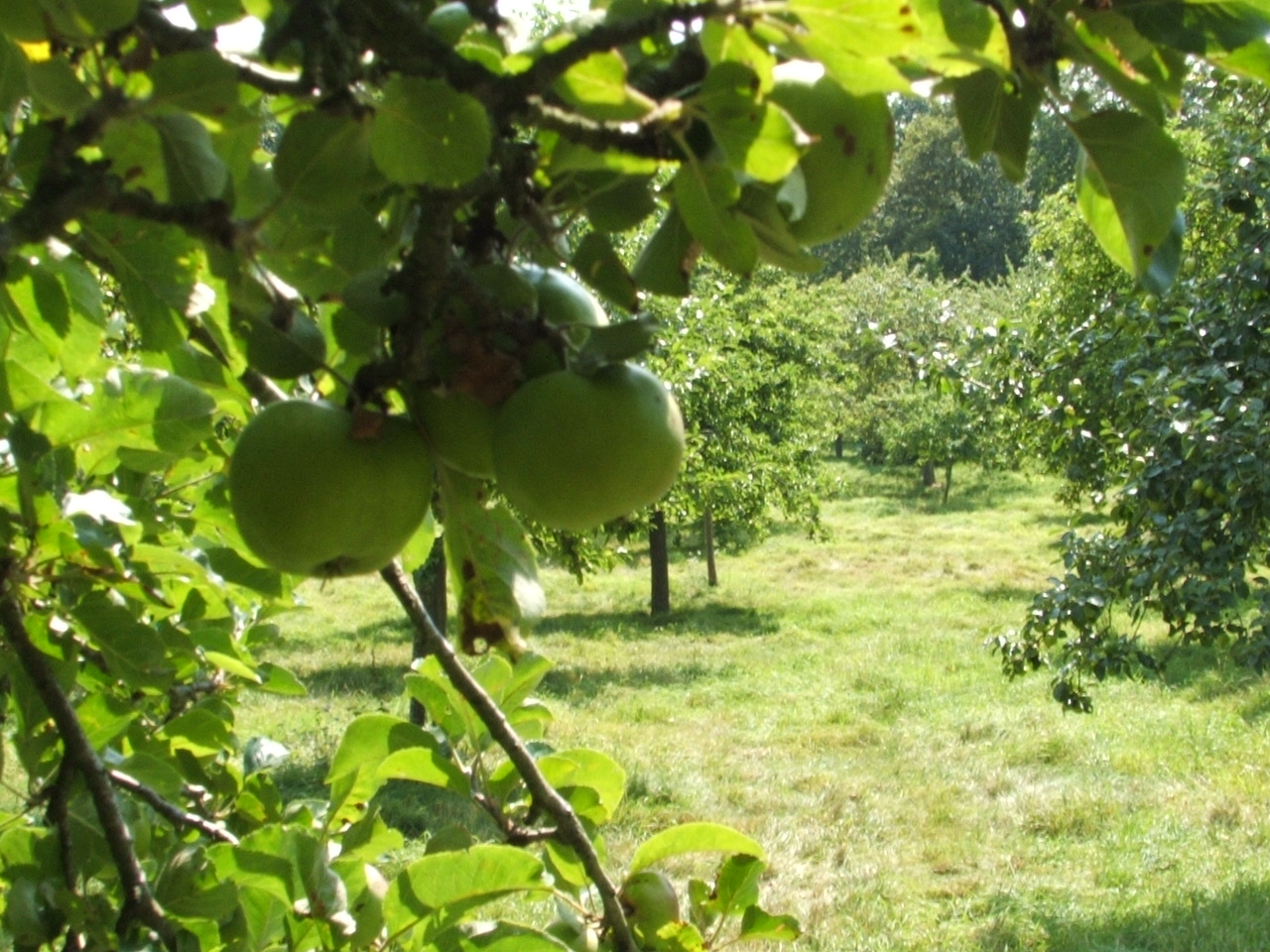 I walked to the apple orchard on the grounds, sat on a bench, and thought about a woman who agreed to be interviewed for my undergraduate thesis on Goddess pilgrimage. The woman who told me that this is where she discovered that she was a pilgrim.

Sitting there was a pilgrimage for me. I had returned. I was the seeker now, and her words echoed in my head:

“Earth my body, water my blood, air my breath, and fire my spirit,” she sang to me two years ago.

She told me that wherever you are you can make sacred space and do ritual because the elements are already in your very self. Her voice was so clear. She was so sure.

I left the abbey and I took the “Tor Bus” up to a side of the hill that people are told by the tourist office is the best place to start the steep climb from. I never had; going the slow and steady way instead. 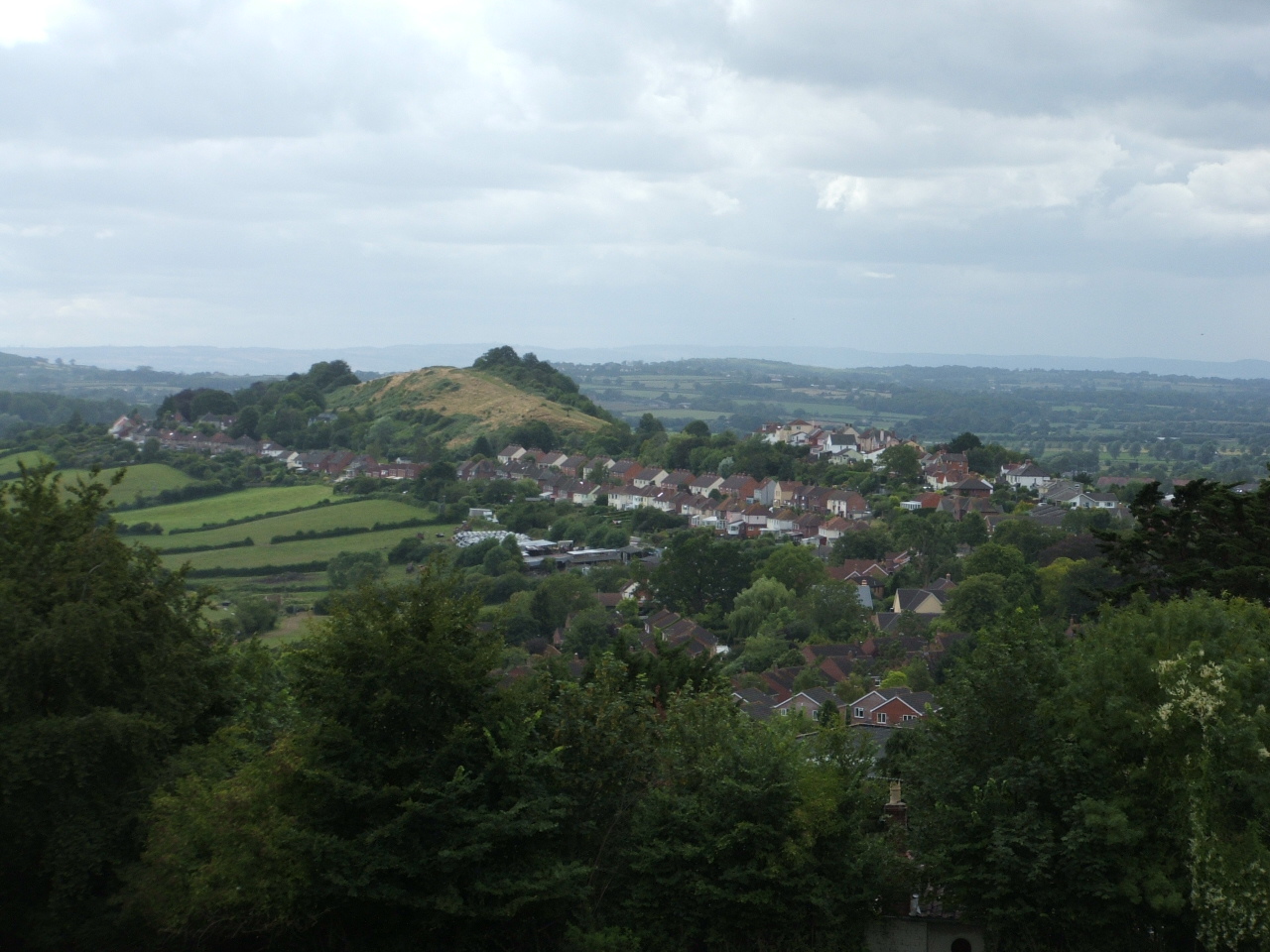 I remember the first time I climbed the Tor it was for a Catholic pilgrimage. It was a hard thirty-minute climb, and I couldn’t believe I had done it.

The next time, was a six-hour “walking the labyrinth” guided pilgrimage, which was part of the Glastonbury Goddess conference. The only reason I made it up the day we snaked up and round it for, let me repeat, six hours!, was because I wanted to be an anthropologist, and this was fieldwork.

Still, half an hour in I cried, unsure if my body would co-operate. I remember the sweat pouring out of me, drinking the iron-tasting water I had collected from Chalice Well, the amazement at a woman who took off  her shirt without fear while she walked, and who later held my hand when I struggled.

There were moments when I panicked, but people took my bag and sang and talked to me to make it easier. I was the largest person on the walk, and they knew it was hard for me. They told me how brave they thought I was. I remember joking that my dream had always been that when I lost weight I would take myself on this trip and climb this hill, but that maybe this was how I was going to start loosing weight instead! I thought that if I could do this, I could do anything. 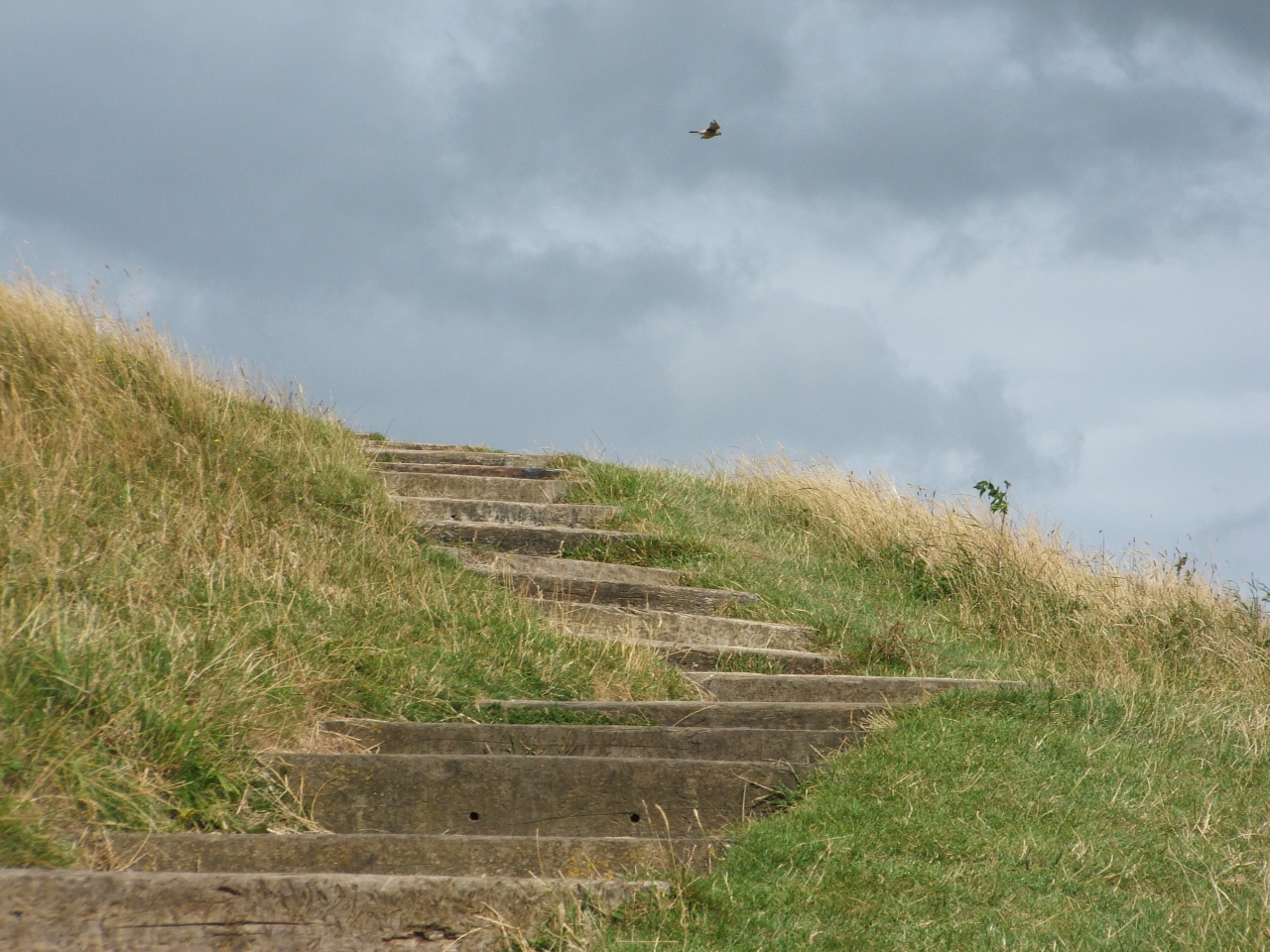 Now, on my eighth time up the Tor, I started to walk a different path. I had already met many challenges, and had begun living the life of joy I used to only imagine and long for. This was the steeper, harder route I had always avoided, and I found that it was actually much easier.

It took me twenty minutes of walking, and stopping, and catching my breath. When I reached the top and touched St. Michael’s tower (the repaired ruins of a little church) I was amazed. You can see all the way into Wales on a clear day, and a man from the Lake District told me, “this is nothing, you should see the views from where I’m from.”

I let my thoughts fly. My breath was steady.

I walked down the gradual and longer path of the Tor towards Chalice Well Gardens. I had been there many times, but it had never felt like long enough. Today, I took the time to rest and contemplate. What should have been be easy was not. 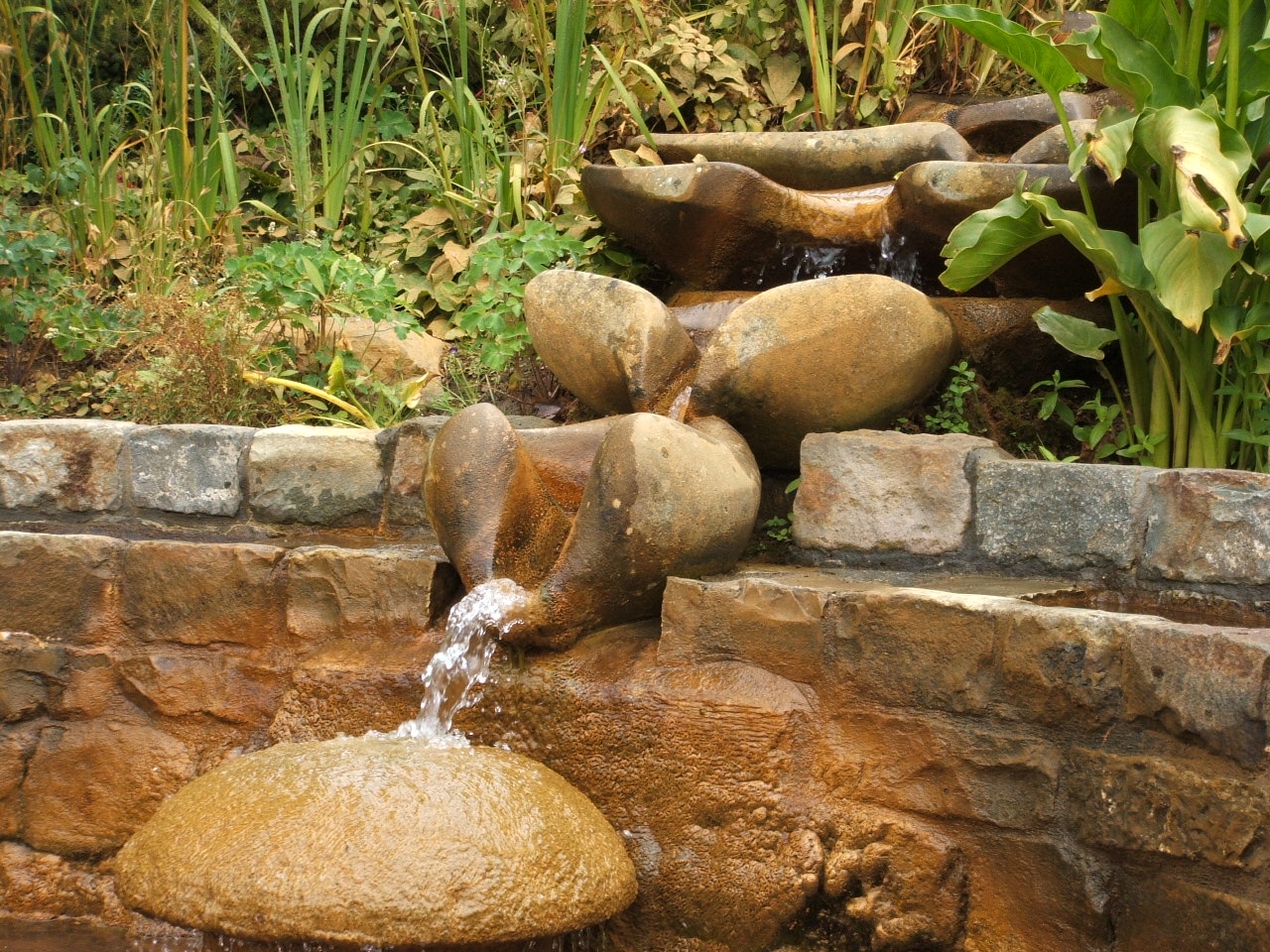 I walked up to the place where a small stone lion spits out well water that visitors collect in bottles to drink, and I got some myself (even though I didn’t like the taste). I walked to a large grassy sitting area below the fountain, but there were too many people around for me to concentrate. I wound my way up a stone path lined with flowers to a more secluded sitting area but had to move again when two loud women came and sat beside me as I tried to be calm. Just finding a way into writing had always been hard for me.

When I used to water-watch as a child I would think myself a poet. The poet friend of my mother’s told me that I was a poet even after I insisted that his published poems about spaghetti and hockey were not serious enough subjects for good poetry. I remember the day he called me “poet”. I was twelve and we were sitting at a round antique wooden kitchen table. He said it like there was no other way for me. He was sure.

Sitting in the gardens, I made a list of things to write about but couldn’t touch them all. I was trying to make sure I wouldn’t forget. The poetry hadn’t been coming for years—dried up, and I was trying to replenish it.

my body is alive.

I remember who I am,

may I not forget.

I made another steep climb up to Wearyall Hill, the place where Joseph of Arimethea was supposed to have rested on his way into Glastonbury, where he planted his staff in the ground, and where a thorn tree that blooms in December sprung up from his staff.

The healer I had seen for the third and last time five days earlier told me that I needed to walk up Wearyall Hill after she drew the thorn rune for me. A rune of fire. She told me that it was a rune of action, of “going for it,” of clearing dead wood to make room for new growth, that within nine months something important will have been created in my life, and that going up the hill would help me plant the seed of change in my body.

Since my theatre days, the idea of suspending my disbelief has not been difficult for me. I have gotten a lot out of playing and seeing what happens. It was with that spirit that I went to see this healer, and it was in that spirit that I actually had an experience of healing. I left her office, after three sessions of physical energy work and creative visualizations (what I liked to call really fast therapy), with a lightness of being and sense that I could truly love and care for myself. It was an amazing feeling, and to this day I do not care about the “truth” of the healing, only that I allowed it to change me for the better.

On the top of Wearyall Hill, sitting next to the holy thorn tree, I could see all of Glastonbury. There was the town, the Abbey, the Tor, and a number of cows grazing in a field below. No one was around, and I started to talk to myself.

I told myself that I could tap into my spirit, and feel alive and strong. 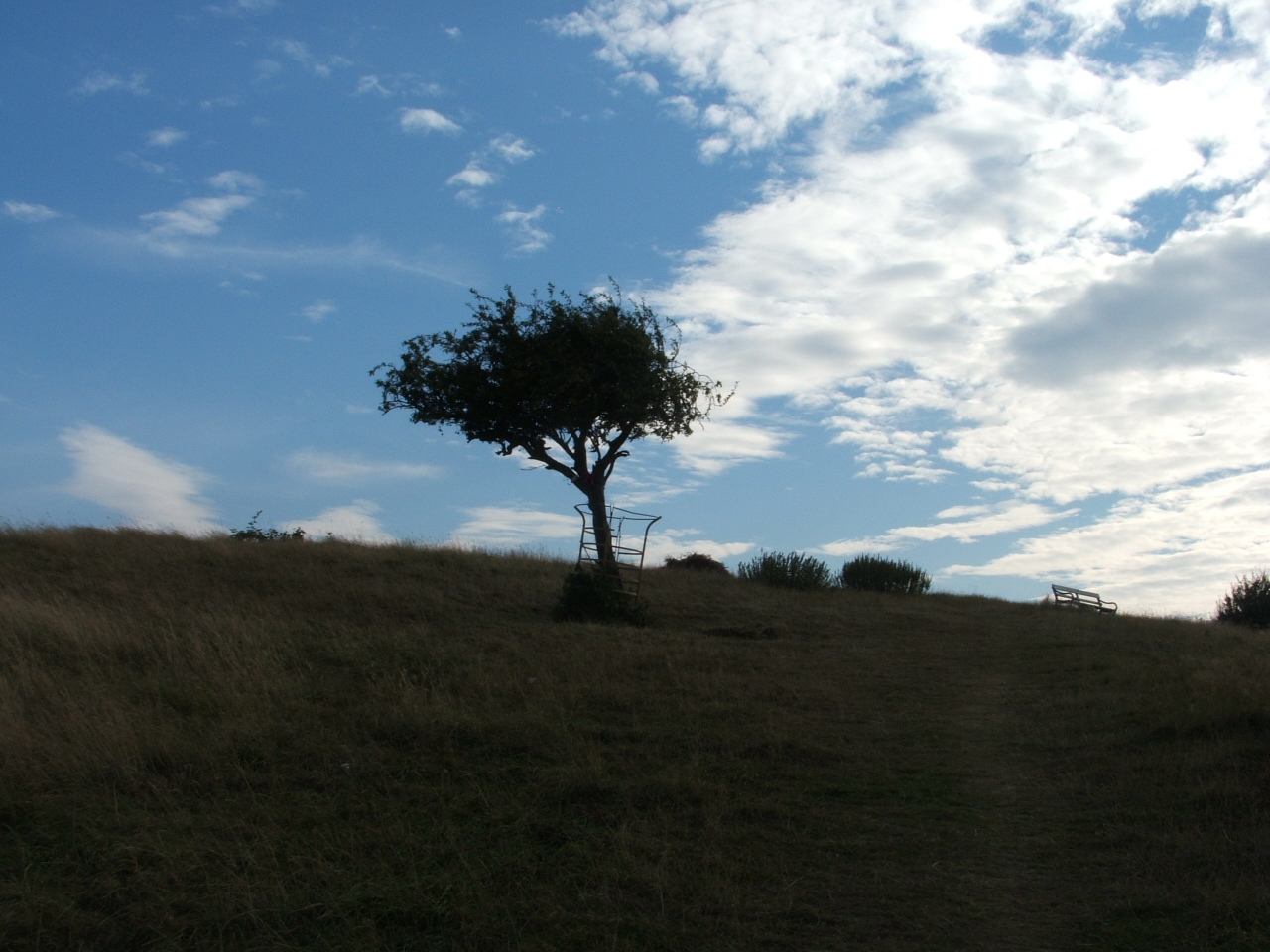 I sang out. Without fear. Loud:

Over and over again,

building the energy up and not stopping.

My voice was clear. I was sure.