This series explores what it is like to be a spiritual seeker and Priestess in the 21st century.

Is there more direct access to the Divine in the world now?

I’m interviewing women involved in my Priestess Training Program to find out!

In more curmudgeonly moments, I’ll describe myself as a Duotheistic Equi-Solipagan and let my fellow pagans be confounded with that. Works great for that purpose as it makes ’em think. (Translated: I follow the Lady and the Lord, who are equal in my eyes, and I’m a solitary pagan. That help any? And those curmudgeonly moments have become more frequent.) Incidentally, Druids were very much a teaching tradition and that ties in with some of my work. 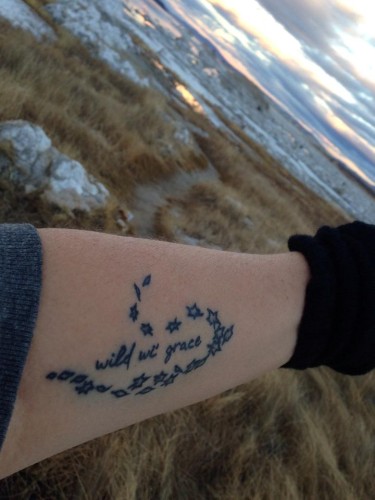 Not too long ago, I thought back and saw a pattern that started when I was twelve and a half. In the spring of 1969 a new library opened a few blocks away, and many new worlds therein opened up to me, particularly the 133 section. For you Dewey Decimal wonks, that’s the occult section, and I read every single book on the 133 shelves. That’s when I was introduced to astrology, and I still practice it. 15 years later, in 1984, someone did a tarot reading and I was annoyed that mere cards could have so much to say about me, so I set out to prove it wrong. I’m teaching and doing tarot to this day. 15 years on, at the very end of 1999, mediumship came into my life as I sat at a dying relative’s side. I’m still talking to and with the dead. And 15 years later – yes, that’s the pattern – learning about quantum energy and my spirit guides becoming more prominent in my life has been the most recent development. I have absolutely no idea what will happen in 2030 but I’m sure that my guides will have something new for my spiritual transformation or development up their sleeves for me then.

Oddly enough, I would have to say being deaf – I’m not wholly of the deaf world, nor am I wholly of the hearing world, and so I’m not greatly influenced by either world. I have my own perspective on things. That, and reconnecting with Nature. Being in Nature.

Understanding, compassion, and healing. When I connect people with their deceased loved ones, it is an incredibly healing experience for them and they have peace of mind and of heart. Being OPEN to the process, to what my guides and the Universe have in store for me.

It also implies that I don’t know it all. I’m an excellent micro-manager. I know better than the entire Universe, right? And of course the Universe proves me wrong. every. single. time. It’s a constant struggle but in reality, it has become a little easier as I enter the last third of my life.

I have also had to learn for myself that there is no such thing as “failure.” That lesson also carries with it the element of detachment in that when I’ve had to let go or walk away from situations, such as closing my business, I’ve had to detach and step back and incorporate what I’ve learned, forgive myself, and say, “yeah, that was quite the learning curve there.” That also hearkens back to the element of trust: trusting when to let go and when to move on instead of hanging on and micro-managing it into the ground.

If I understand this question correctly…by being my authentic self, by sharing my abilities and my work – no one can ever take them away from me. Nor can anyone control how I think or process my experiences.

Okay, I really am crappy about consistent spiritual practices and ceremonies in general. But I do a house blessing often. We humans are responsible for the carnage that is roadkill, and every time I see the remains, I draw a sigil in the air and say a prayer of blessing and release for the little one’s soul. I have altars that look like curio collections but they really are altars (my bedroom one, the glass pumpkin one, the art corner one) and I don’t do rituals at them. They are there to remind me of what I love.

Just being out in Nature, as a resident of a very densely populated area (I’m about 30 miles south of Los Angeles), is a spiritual practice in and of itself and when I can get away to places where I see few people (Mono Lake, Iceland, driving through the American West), I’m rejuvenated and replenished, I become part of the landscape. Photography is another way of connecting with Nature.

Every time I travel, I introduce myself to the Old Ones of that land, and I bring greetings from the Old Ones of my land; I thank them for letting me visit their lands and so we connect and They show me what I need to be shown.

I sit with my spirit guides several times a week and I learn from them. These words may not mean much to others, but they are huge for me because these are my teachers and (shockingly to me) I am their teacher as well, and we work together as a team. I just happen to be in earthly form.

Service, service, service. I am in service to the Lady and the Lord, always, by what I do as a reader and teacher. And I never, ever stop learning.

So by teaching and learning, I serve as a Priestess, as a guide, as a mentor.

By communicating and listening, I serve as a Priestess, as a healer, as a guide.

By walking between the worlds, I serve as a Priestess, as a shaman, as a traveler. 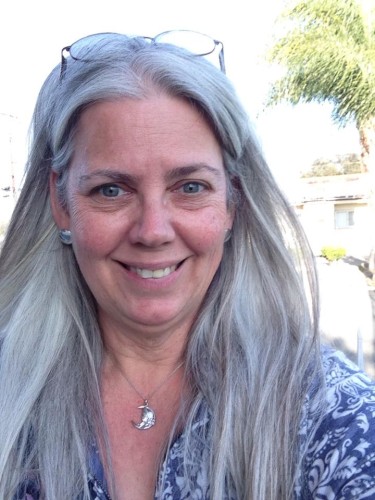 A firm believer in magic and things unseen, Sue Shobert Jorgenson has walked many paths and held down many jobs and read a nearly infinite number of books in this incarnation. While Sue navigates her present crossroads, including job-hunting, she takes the time to watch the Moon and the stars, learn more about Nature, take pictures and talk with the fae, devas and spirits. She lives in Southern California with her daughter, dog and chinchilla.

I love Sue’s approach to Priestessing! Her presence is truly compassionate and healing.

Are you an avid teacher, learner, guide and traveler too?

When you Join Priestess Training you are in good company!